Great news for the people of Ohio, the Ohio voted 94 to 1 to extend the sales tax holiday to 2016. This means that the same deals Ohio residents enjoyed in 2015 on school supplies and clothing will be back again in August, 2016. 2016 Ohio Sales Tax Holiday is a great economy booster during summer time and many will flock to the OH tax free 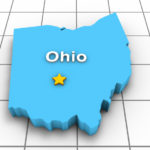 For Ohioans who liked shopping for clothes and school supplies during a three-day sales tax holiday last August, looks like the temporary tax break will return this summer.

The Ohio House voted 94-1 to reinstate the sales tax exemption for the first Friday-Sunday period in August, when parents and students are preparing to return to school. The bill is headed to Gov. John Kasich, who is expected to sign it.

It “will help families stretch their dollar a little further as they purchase the materials to prepare their children for success in the classroom,” said Sen. Kevin Bacon, R-Minerva Park, the bill sponsor. “The opportunity to save money on essential clothing and school items will reduce the financial strain on families and will boost sales for local retailers.”

In a study on behalf of the Ohio Council of Retail Merchants, which supports the holiday, the University of Cincinnati Economics Center estimates that the state received a net gain of $4.7 million in tax revenue over the three-day period last year.

The study attributed the increased sales tax collections to two factors: that people shopping during the holiday also purchased more goods and services that were not tax exempt, and that counties along the state line drew people from neighboring states.

Some groups, such as the Tax Foundation and the Buckeye Institute for Public Policy Solutions, oppose sales tax holidays, calling them gimmicks that largely just shift spending and make it harder to embrace comprehensive tax reform.

“While it’s good for retailers … the overall impact on this is people are spending more because of this artificial period,” he said. “They’re buying things that very likely are not made anywhere in this country, let alone the state. That means wealth is going out of our state.”

In other legislative business: